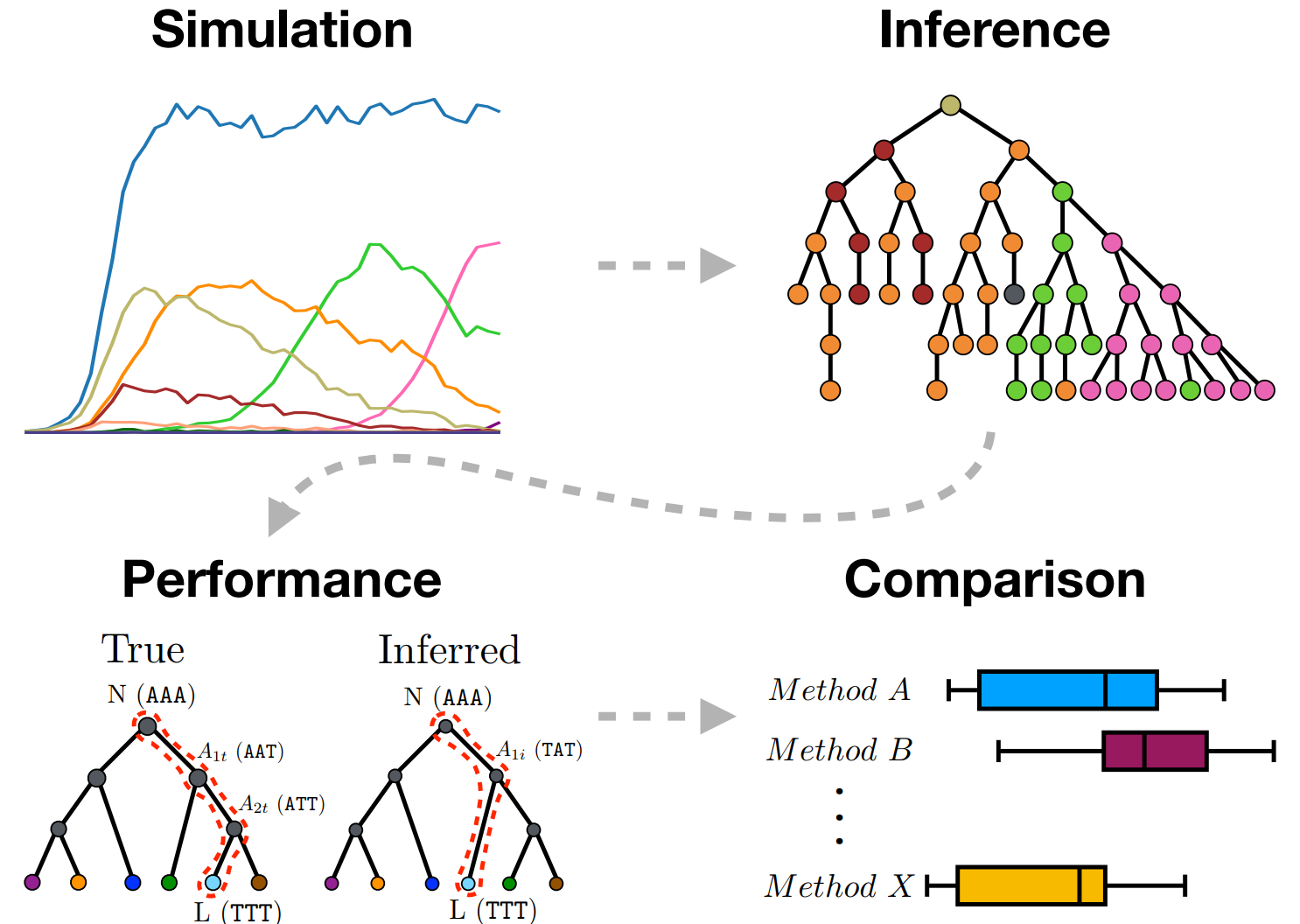 Phylogenetic tools, in particular for ancestral sequence reconstruction, get used a lot in the B cell receptor (BCR) sequence analysis world. For example, they get used to reconstruct intermediate antibodies that then get synthesized in the lab and tested for binding (Wu et. al, 2011). But how well do phylogenetic tools work in this parameter regime? Although there have been countless benchmarking studies for phylogenetics, the case of B cell sequence evolution is different than the usual setting for phylogenetics:

BCR sequences also offer additional opportunities for validation. Specifically, the irreversible class switching process gives us a marker that should only go in one direction along a tree branch. If it goes another direction, this indicates problems with the tree reconstruction.

Before I sketch the results of our analysis, I should mention differences between our work and another recent paper also set up a benchmark of phylogenetic methods. Much of that paper concerns the results of phylogenetic inference using a “toy” clonal family inference method with necessarily bad performance, whereas here we assume that clonal families have been properly inferred. In addition, we simulate sequences under selection using an affinity-based model (which we show makes the inferential problem significantly more difficult), we compare accuracy of ancestral sequence inference, we include additional software tools (several of which are BCR-specific), and we use class-switching data as a further non-simulation means of benchmarking methods.

For this work, Kristian cooked up a simulator for B cell affinity maturation. Although quite a lot of simulators have been written, going back to Clone, none of these did what we wanted, which was to use a context model to simulate mutations, and then use the corresponding amino acid sequences for a selection step. Kristian’s model is simple, but nonetheless we feel that it does an appropriate job of simulating sequences for the purposes of benchmarking methods. We show that the simulated data broadly speaking “looks like” germinal center data.

You can read the full results on bioRxiv, but here are the things that surprised us:

There’s quite a lot more to do here, both in terms of method development and benchmarking, and we look forward watching this area mature in the coming years. Thanks to Kristian for his great work!